The lacrimal drainage system begins to develop during pregnancy. It starts out as strips of tissue, later turning into lumen (the inner space of an organ). Occasionally, development is not complete at birth and continues in the first months of life.

In the overwhelming majority of such cases, the nasolacrimal duct is affected – congenital nasolacrimal duct obstruction (CNLDO). This obstruction manifests in approximately 6% of infants as discharge from the eye, epiphora or a combination of both (see Fig. 1). Much rarer, it appears as amniocele (see Fig. 2), comprising bluish, painless swelling of the lacrimal sac which is visible immediately after birth. However, an acute inflammation can result from this condition (acute dacryocystitis, see Fig. 2), a painful ailment with associated oedema and redness, often accompanied by fever and change in general health. The first step of CNLDO management is a conservative treatment involving the application of eye drops (disinfecting or and antibiotic) together with massage of the lacrimal sac. Up to 80% of congenital nasolacrimal duct obstruction resolves itself spontaneously within 4 to 6 months after birth; hence it is best to utilise conservative treatment up to this age. Should the symptoms persist, the indication is to carry out probing of the nasolacrimal duct with a Bowman probe. This procedure is performed under local anesthetic on an outpatient basis and boasts a success rate of 85%. If the first attempt fails, it is possible to repeat it in outpatients for one month with 70% of success. Continued failure to rectify matters indicates that it is necessary to stent the lacrimal pathways with a silicone cannula (a process of intubation), which is performed under general anesthesia. Basically, the cannula acts as a wall, keeping the drainage system open during the time of healing, although it does not actively promote drainage itself. It is possible to introduce the cannula through one lacrimal canaliculus (monocanalicular intubation, see Figs. 3 and 4) or through both canaliculi (bicanalicular intubation, see Figs. 5 and 6). The cannula is removed within 3 months on an outpatient basis with a success rate of approximately 96%. If the nasolacrimal duct is not developed or it proves impossible to unblock it, dacryocystorhinostomy (DCR) is indicated (see Lacrimal Disorders – Disorders of the Lacrimal Sac and Nasolacrimal Duct). In the case of complete canalicular obstruction, conjunctivodacryocystorhinostomy (CDCR) is performed after the child turns 10 years old (see Lacrimal Disorders – Disorders of the Lacrimal Canaliculi). 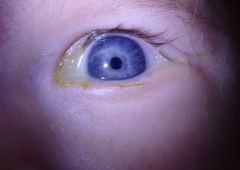 Fig. 1. Discharge and epiphora from the left eye. 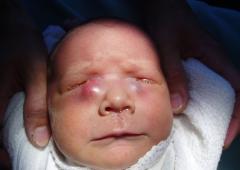 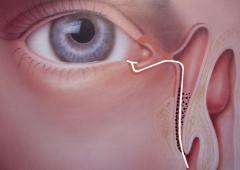 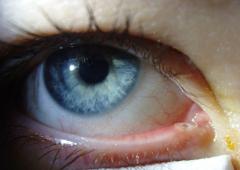 Fig. 4. Monocanalicular intubation of the right eye through the lower lacrimal canaliculus. 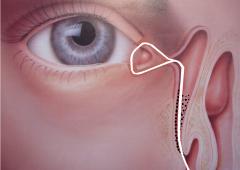 The Clinic has diagnosed and treated high number of young patients suffering from congenital lacrimal obstruction at a domestic and international level, who received either conservative or surgical procedures. Our results are continuously evaluated, in addition to being published in articles in scientific journals and detailed in presentations at congresses across the globe (see S. Červenka, M.D., Ph.D. – Publications).